Zee TV has gotten a great viewer response for their one hour Maha Episodes aired every Saturday at 8.30 PM. And following this trend, the channel will air a very interesting episode as part of the Maha Episode of Pavitra Rishta this Saturday, December 5th. 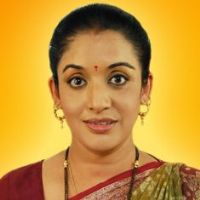 Featured Video
According to our source, "There will be a big twist coming, this Saturday wherein Manjusha (Swati Anand) will lodge a complaint against the entire family of Manav (Sushant Singh Rajput), charging them of harassing the daughter-in-law of the house, Archana (Ankita Lokhande)".

The present track focuses on the probable marriage of Satish and Archana. But soon, both of them will clarify to their families that this cannot happen. "Satish who knows that Archana is in love with Manav will refuse this proposal, and so will Archana. With this, a new track will begin with Satish getting hooked to Varsha (Priya Marathe)".

However, the Maha Episode to be aired on December 5th will have Manav's family put behind bars. "Manjusha gets to know that Manav has got some solid evidence against her brother Ajit (Prabhat Bhattacharya). So in order to stop him from revealing every bit of the truth, Manjusha lodges a complaint against the entire family, accusing them of harassing their daughter-in-law. With this, the entire family of Manav is put behind bars, and is forced to stay in the lock-up for one full night. However, the detailed screenplay for the Maha Episode is being worked out", informs our source.

When contacted, Swati Anand confirmed that such a development is going to happen. "Yes, it is right that Manjusha will be sending Manav's family to the jail. But we have not got the screenplay yet, so I don't know why and how she does all this".

We called Usha Nadkarni, who plays Manav's mother who said, "I have an off day today. I am not aware of such a plot. Yesterday, I shot for the engagement sequence of Sachin with Shravani (Pooja Pihal)".

We tried calling Sushant aka Manav, but he remained unavailable.

Well, let' see what this development does to the already strained relationship of Archana and Manav…

love.story 13 years ago wat's pavitra rishtra in this if ther is so much of misunderstanding ????????

13 years ago On one side there is the son-in-law of the house Manav, who is gud but no one trusts him and on the other hand there is Manjusha who is the wicked daughter-in-law yet Archana's family beleives her..I feel her family is definitely dumb...

13 years ago what to comment ? what pavitra rishta ? anyway it is ekta 's stuff so people's emotions are just casual stuff for her creatives to play round with. I have stopped watching this serial anyway so i ca now laugh at it freely hahahaha

+ 4
13 years ago well it's interesting, but now it'll b really hard to patch up Archu and Savita !! But I hope Archu will atleast speak up ..