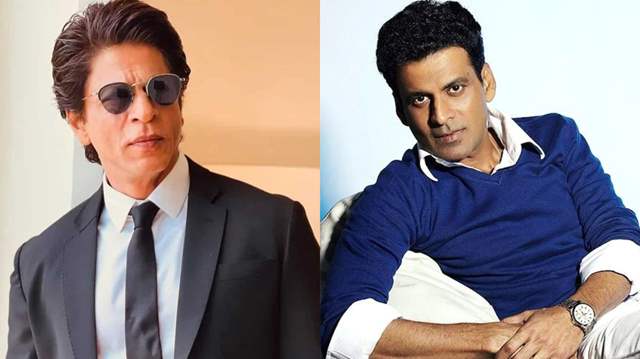 Despite attending the same acting school, Manoj Bajpayee and Shah Rukh Khan had very different performing histories. Barry John had both SRK and Manoj Bajpayee as students when both of them launched their careers. Manoj Bajpayee recently spoke candidly about his  past in an interview with Galatta Plus, revealing that he went to his first nightclub with SRK in Delhi.

Sharing the anecdote about hi experience in a night club Manoj exclaimed,

“Shah Rukh is such a big star, anything I say about him becomes news,” Shah Rukh was with Barry, I was with Barry, at the same time. So many friends who were there that night, I am still in touch with them, still very good friends. Shah Rukh’s life has become different from us. I still remember looking for shoes to get into the discotheque, because I was in chappals.”

Further talking about the experience he mentioned that the club was in Delhi, and it was 'dark and dismal'. The name of the discotheque was Ghungroo. Rama, Benny, and Shah Rukh were the ones who picked him up and that was his first time at a disco. They used to share cigarettes, beedis, and whatever else they could afford, he continued. Talking about Shah Rukh he said that, he was always charming and well-liked by the girls in the group they infiltrated. He was always good with words.

On the professional front, Manoj Bajpayee has projects like Despatch, Soup and Family Man Season 3 in his kitty.

Meanwhile Shah Rukh is currently filming for Atlee's film Jawan alongside Nayanthara in Mumbai. He also has Pathaan and Dunki in the pipeline.

+ 8
2 months ago heehee cute little story. i cant imagine manoj and srk in a club AT ALL