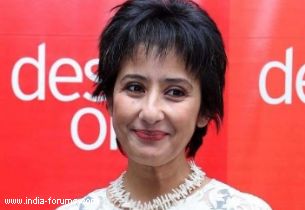 Post illness, actress Manisha Koirala is eagerly waiting to wear the grease paint and face the camera, but is not ready to do small roles.

"I want to see myself on the screen but it has to be with good script, good actors, and director. I have been getting lot of offers, but they say it's an important role with two scenes. I will not do that and I am not interested."

Manisha, who was diagnosed with ovarian cancer in 2012, has been cured.