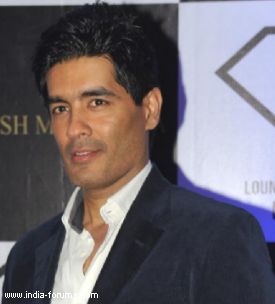 Bollywood's fashion has come to enjoy a couture status because of Malhotra's magic over the past years. His trendsetting creations have always been cherished by the fashion community.

There will be a robust line-up of 98 designers who will participate at the LFW summer-resort 2014, said a statement.

Some of the established designers who will be a part of the fashion extravaganza are Neeta Lulla, Tarun Tahiliani, Anju Modi, Shehlaa Khan, Rahul Mishra, Anita Dongre and accessory designer Mawi, who will put together a show titled "Indian Odyssey" with designer Gaurav Gupta.

Mawi, a Britain-based accessory designer, will return to her homeland after 12 years of establishing the MAWI brand in London. Born in Manipur, Mawi returns to her Indian roots with a spectacular debut show at LFW sharing the ramp with Gupta.

Sanjay Gagnani tests negatieve for COVID 19, to resume ...
33 minutes ago

Gurmeet Choudhary and Debina Bonnerjee test positive for ...
45 minutes ago