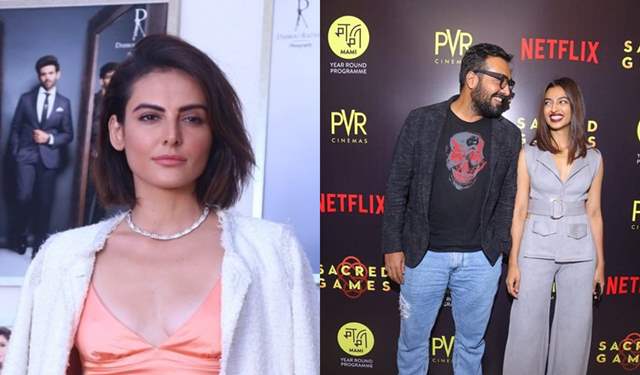 Actress Payal Ghosh levelled sexual harassment charges against Anurag Kashyap as she spoke up about an incident. While Kashyap has clarified his stance and also issued an official statement from the lawyer, he has received immense support. None the less, the internet is divided over their support and there are likes of Kangana Ranaut and others, who have spoken against him.

Recently, Mandana Karimi and Radhika Apte took to their social media accounts as they lent their voice in support of the filmmaker. Mandana went on to write some kind words and added how he did not give her work but taught her how to find work and also went on to call him a guardian angel.

Radhika went on to write, ''@anuragkashyap10 you have been one of my closest friends, you have inspired me and always supported me. You have always treated me as an equal and I cherish the mutual love and respect we have for each other. I have always felt immensely secure in your presence since the day I’ve known you. You have been and always will be my trusted friend. Love ya.''

Check out the posts from Mandana and Radhika here:

Any kind of support for the filmmaker too has been receiving mixed responses, and their posts too, have been rather similar. Among other people, Kashyap's first wife, Aarti Bajaj too, spoke up in support of him while slamming the MeToo allegations against him.