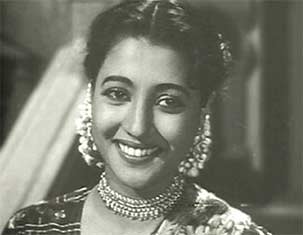 Ailing Bengali screen goddess Suchitra Sen, who has been keeping away from public life for the past three decades, Sunday allowed West Bengal Chief Minister Mamata Banerjee to meet her at a city nursing home.

Overwhelmed after a 25-minute meeting with the actress, who has often been compared to Hollywood great Greta Garbo for her reclusiveness, Banerjee called herself "fortunate" and urged people to "pray for her early recovery and good health".

"I am undoubtedly fortunate enough to get an opportunity to meet her in person. I am overwhelmed and proud to meet the legendary actress whose films we have seen so many times. It is an emotional moment," Banerjee said on her Facebook page.

"I find she is improving gradually. Let us all pray to God for her early recovery and good health."

According to latest reports, Sen is "partially responding" to intermittent non-invasive ventilation support, and is stable, though not out of danger yet.

Banerjee had Jan 3 visited the Belle Vue Clinic where Sen is undergoing treatment.

However, the Trinamool Congress supremo had then restricted her visit to the doctors and Sen's daughter Moon Moon to respect the actress's well-known insistence on privacy.

"Later on, when she became a little stable, and came to know that I visited the nursing home to enquire about her health, she expressed her desire to meet me. (Subrata) Maitra, the doctor, communicated her desire and accordingly I rushed to the hospital and met her for about 25 minutes today. I also met Moon Moon, Raima, Maitra and others."

The actress, 82, was admitted to the nursing home Dec 23 following a chest infection and taken to the CCU after her condition worsened Dec 28 night.

She is known for her performances in films like "Deep Jele Jai" and "Uttar Falguni" in Bengali as well as Hindi movies such as "Devdas", "Bombai Ka Babu" and "Mamta". She won the best actress award for "Saat Paake Bandha" at the Moscow Film Festival in 1963.

Suchitra quit acting in 1978. Since her retirement, she meets only a few people, including her daughter as well as grand daughters Raima and Riya.

Sen even refused to accept the Dadasaheb Phalke award, the highest honour in Indian cinema, as she would then have had to receive it in person from the president of India.