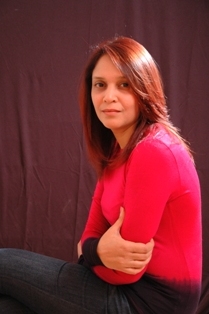 It was a double whammy for the team of Spellbound Productions' Doli Armaanon Ki which recently completed the run of a year and completed their 260 episodes. While the entire cast and crew rejoiced the occasion with a success bash, we got in touch with the producer of the show Pearl Grey to speak about the moment, show's impact on the viewers and more...

Sounding delighted and proud over the show's success, Pearl says, "Firstly thanks a lot. We are happy and we have achieved the success for completing a year. It was our responsibility towards the society for projecting sensitive issues through this show. Whatever we wanted to showcase it has been fulfilled and our efforts have been paid off."

The show has gained immense applause for highlighting many sensitive issues which created a rage among the audiences as these issues are still prevalent in our country. Commenting on the same, Pearl says, "I am really grateful as we wanted to showcase issues which are predominant in our society. We wanted to convey the message that a woman who gets married through her choice and if she in trouble, then she has the right to lead an independent and happy life. As women are known for compromising on things post their marriage, our aim was to show that no women should accept and allow infidelity. Women are always bound by the pressure of the family and society, however, if her husband cheats on her yet she has to sacrifice for the sake of the children in the relationship. But the question lies, why should a woman do this? If at all a woman is caught cheating, then shall her husband forgive her for her deed? It's not the case with men. So these things are very close to my heart and I am extremely happy that viewers have appreciated me and my work."

Being a woman producer, Pearl is winning hearts of the viewers for such a subject driven show. So who has inspired Pearl? "My life has been my inspiration. Inspiration comes from people around you; it is when you have seen the journey throughout with them. The situations raise questions in you and with the same you get inspired from to do what is right and what is not. I am lucky to get a platform to convey the same."

She has a knack of producing women oriented shows like Pratigya and Doli Armaanon Ki which have always been the talk of the town. So when asked her whether she wants to opt for producing on some different topic or not she says, "Though my shows have been women oriented, but the most popular element of shows have been the male characters. Like in Pratigya it was Arhaan's (Arhaan Behll) character of Krishna, in Doli it is Mohit's (Mohit Malik) character of Samrat or Sajjan Singh (Anupam Shyam Ojha). Though the issues showcased are women based but the male characters are very much appreciated in shows."

As Anupam Shyam Ojha's character of Sajjan Singh was quite loved by the masses, he was seen in a very promising character in Doli. So how has Pearl's association been with him? "My association is very different with him. I respect his work and he also respects me a lot. So there is a mutual respect and understanding between us. He has been very supportive and has given his best."

Lastly her future plans? "There are no future plans. I don't make plans, I don't think about the future. I have not yet thought about it."

5 years ago I think while speaking about the male characters being popular, I think if Shaurya's character had got as much time & screen space as samrat had got, I think Doli aarmano ki would have been the most popular show by Zee now, because we had an immensely talented & very dedicated actor called Kunal Karan Kapoor portraying Shaurya's character plus the show was handling a very sensitive issue & main leads had a terrific chemistry between them . So yes ms.Pearl is right in saying this but not without mentioning the name of Shaurya aka kunal karan kapoor.

6 years ago I won't comment about samrat or Krishna's character.Its totally opposite.But i do love both Arhaan and Mohit's acting.And j believe that the character has a lot to do with the way they act.Before Samrat i considered mohit an average actor but now my perception is completely changed.

6 years ago well krishna n samrat cannot b compared ..Krishna though with grey shades had a heart of gold n pure n clean character whereas samrat is evil n a a villian ..LOve Arhaan behl as krishna ,he just made it memorable by his awesome n amazing acting prowess ,its will always be a path breaking n a memorable character forever .

amreen2000 6 years ago Mohit is the driving force of doli armaano ki and he is too good in his role as samrat Singh rathore. He also looks like the cartoon character Jonny bravo totally self obsessed.

6 years ago This show is real nd mohit is a male lead so Wat he is negative...wake up from those typical hero's nd accept reality...love mohit malik
Miss pearl..He is a gem u have nd ur show has..doli has made it worth watching for real content nd mohit malik par performance

6 years ago Pearl Grey shows do have interesting male characters. Whether it was Pratigya or Doli Armaano Ki, there have been male characters that dominated the screen.

6 years ago MKAP is the best .Krishna Sajjan jodi was awesome. Arhaan love u always.

9 years ago to the writer of this article:
Ra.One has not been a flop but it was an hit. If you go on wiki and search ra one it will tell you that it has earned 240 crore at the box office all together. If my facts are right then no way is Ra.One a flop but a superhit. This is coming from a non fan of Sharukh . Also shrish kunder has not added spice to the wounds because his opinion really doesn't matter in the world and no reason whatsoever do I think that this has affected Sharukh any way since his movie was a hit. Also why has aishwariya becoming a mom become such news it's very old forget about it now