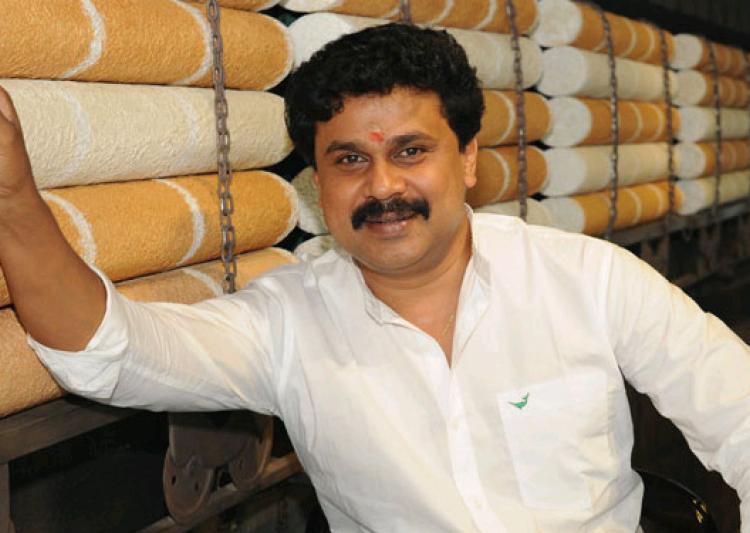 Malayalam superstar Dileep, who was arrested in connection with the abduction and molestation of a popular actress in February, was remanded in custody on Tuesday for 14 days and was removed as member from various film associations.

On Monday, he was questioned at an undisclosed location near here, and later the police probe team recorded the arrest of the actor. He was brought to the Aluva Police Club.

"I am innocent and I will prove my innocence. I was trapped," the actor said on Tuesday before being taken to the Aluva sub-jail.

The police decided to arrest Dileep based on 19 pieces of evidence that they were able to gather in connection with the abduction of the young actress on February 17 when she was travelling from Thrissur to Kochi by road.

After almost two hours, she was dumped near the house of director-turned-actor Lal, who upon hearing her harrowing experience, informed the police. She was reported to have been molested enroute.

The police probe team arrested Pulsar Suni and his aides, who effected the kidnap, a week after the incident.

Trouble began for Dileep last month after his name surfaced in a jail inmate's letter who had shared the cell with Suni.

Following this, Dileep was called for questioning. During the marathon questioning for 13 hours, he claimed that he did not know Suni and was let off. But by then the police had established the fact that Suni was at the shooting location of Dileep's film in November at Thrissur. A photo of Suni at the film locales was released by TV channels.

Counsel for Dileep, K. Ramkumar, said on Tuesday that the bail application would be taken up by the Angamaly court on Friday. The police will also move an application for Dileep's custody, for further questioning.

Meanwhile, executives of Association of Malayalam Movies Artistes (AMMA) -- which had come under heavy attack from several quarters over its stand on the issue -- removed Dileep as treasurer and member.

The AMMA executive took the decision at an emergency meeting at the house of superstar Mammootty, who told the media: "We wish to state that we have always been with the victim and will continue to support her. Please don't mistake us, we are for the welfare of our members. Let the police go forward with their probe."

Meanwhile, a new body of theatre owners which was recently floated by Dileep is also mulling its future course of action.

"Anyone who has done a wrong, irrespective of the stature, will be proceeded against. The probe is continuing and none who did a wrong will be allowed to escape," said Vijayan.

Nawazuddin Will Not Fight for Child Custody; Flew From Mumbai to ...

Redross 3 years ago I still cant believe he can do such a cheap Crime...Hopefully he proves himself innocent..If not ..thn he deserve biggest punishment.