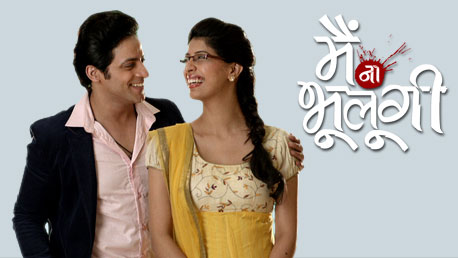 The latest track in TV show Main Naa Bhoolungi reminds one of Rekha-starrer revenge drama Khoon Bhari Maang, but Aishwarya Sakhuja, who plays the protagonist in it, says such things happens in real life too and they are just trying to portray the same.

In the show, Aishwarya plays a simple girl Shikha, who falls for Sameer (Vikas Manaktala) and ends up marrying him. But Sameer, who had an ulterior motive behind marrying her, tries to kill her by pushing her off the cliff. She survives the accident, but it damages her face.

Now post a plastic surgery, she is back and wants revenge a la Rekha in Khoon Bhari Maang.

"I can't even imagine that I can play this role to her (Rekha) level. Yes, comparisons have been drawn that this is just like the role portrayed by Rekha in 'Khoon Bhari Maang'," Aishwarya said here on the set of the show.

"But such things happen with girls in real life - husbands burn them or throw them out and very few have the power to come back, stand for themselves and fight. This is what exactly we are trying to portray," she said and added that there's no intention of making it like Rakesh Roshan directed 1988 hit movie.

Main Naa Bhoolungi, a weekly show, airs on Sony TV and Aishwarya says her glam avatar as Samaira is to surprise the viewers.

"The whole get-up is new and the idea is to surprise the viewers," said Aishwarya, who became famous after playing Toasty in Saas Bina Sasural.

"So far, the audience has seen Shikha in a different way. She was just trying and trying to get away with all the wrong that happened to her, but nothing was working out for her. So in a way Shikha is now dead and Samaira has come," she added.

napster 6 years ago in which real life, do educated, working women don't have a social media acct., or don't know where the hubby works? lol
great thing by not aping, but atleast bring some logic in the show pls!!

bewakoofLadki 6 years ago Hopefully she will tell her parents that she is d real shikha...yy give them pain of seeing der daughter dead..
Then she can continue with her revenge...

Kangana Ranaut tried to mock Deepika, Sara and Shraddha for ...
7 minutes ago

Rhea Chakraborty did not name any Bollywood actors during ...
41 minutes ago