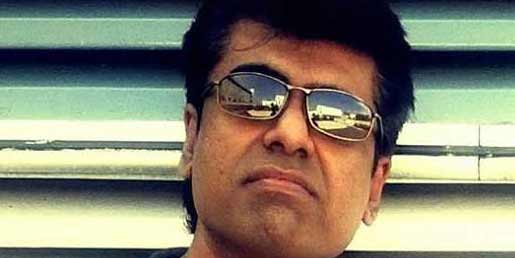 Filmmaker Faisal Saif, who was all set to release his film "Main Hoon (Part-Time) Killer" on May 15, has now decided to push its release date by a week to show support for Salman Khan, who has been convicted in a hit-and-run case.

The Bombay High Court will on Friday hear Salman's bail plea. He was found guilty and sentenced to five years in imprisonment on Wednesday by Additonal Sessions Judge D.W. Deshpande, in the September 2002 accident case in Bandra which left one person killed and four other pavement dwellers injured.

"This is a very shocking as well as a very emotional period for Salman Khan, his family, and also entire Bollywood. Yes, it is our decision to push our film's release a week further. I think not only me but the whole Bollywood should take a stand and show our support to Salman Khan and his family," Faisal Saif told IANS.

"This is the time to get united and show the world that we are Bollywood. I am a small man and this is what I could do for the superstar with a golden heart," ha added.

"Main Hoon (Part-Time) Killer" is the same film for which southern superstar Rajinikanth had filed a case against as its earlier title was "Main Hoon Rajinikanth".