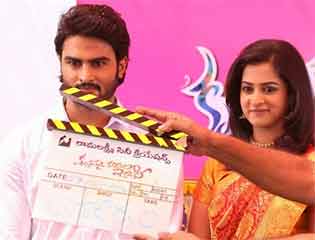 Superstar Mahesh Babu, who is busy wrapping up Telugu actioner "Aagadua", will be seen in a cameo role in upcoming Telugu film "Krishnamma Kalipindi Iddarini", starring his brother-in-law Sudheer Babu.

Mahesh, who has so far only lent his voice for films such as "Jalsa" and "Baadshah", will be seen in a cameo for the first time.

"I have a very interesting role for Mahesh in the film. When I narrated it to him, he instantly agreed to do it. Moreover, Sudheer was also responsible for him to come on board. It will be an interesting cameo and his fans are going to love it," Chandru, the film's director, told IANS.

Mahesh is expected to shoot for his role as soon as he completes shooting for "Aagadu".

Nandita is paired with Sudheer in the film, while actors such as Giribabu, M.S. Narayana and Kishore Das are playing important roles.