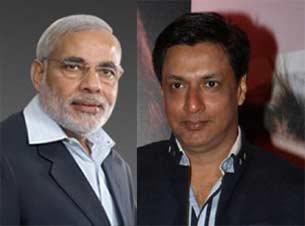 Bollywood filmmaker Madhur Bhandarkar Wednesday supported BJP's prime ministerial candidate Narendra Modi, and called him a "visionary leader", after a section from the film industry urged people to vote for a secular leader.

"Launching a personal attack on a man who has done more for his state than any other leader, reeks of conspiracy and unwarranted paranoia," he added.

The director of acclaimed movies like "Chandni Bar" and "Fashion", Bhandarkar said he was shocked after a number of celebrities like Nandita Das, Imtiaz Ali, Mahesh Bhatt, Zoya Akhtar issued a collective appeal asking people to vote "strategically" to protect India's secular character.

"Shocking to see some colleagues, under the garb of stopping so-called divisive forces, are themselves dividing a secular place like Bollywood," he wrote.

Zoya Akhtar's soars high with her last two projects Gully Boy and Made ...