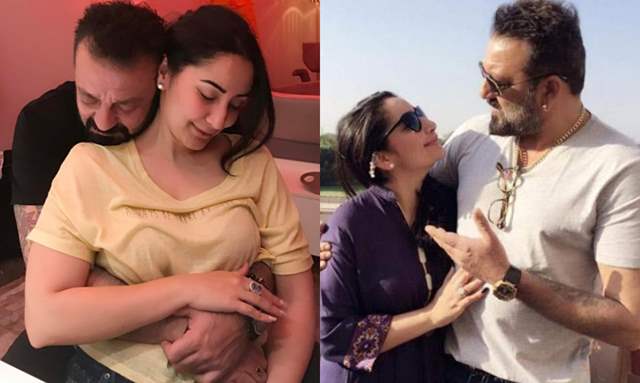 This year, Bollywood’s most adorable couple Sanjay Dutt and Maanayata Dutt completed 13 years of togetherness ever since they tied the knot in 2008. The adorable couple is known to have been setting relationship goals for quite some time.

Now, in a recent post on social media post, Maanayata Dutt shared a picture with Sanjay Dutt but it's not something we usually see. A so far yet so close picture with the husband.

She took to her social media handle to share, "For all those who were asking for a latest picture of me and @duttsanjay together…??????#missionimpossible #accomplished #love #grace #positivity #dutts #beautifullife #thankyougod [email protected]??"

Fans are always longing to see the couple's latest pictures together. In this one, Sanjay Dutt can be seen through a transparent glass while Maanayata poses away in a bright orange dress.

Sanjay Dutt has experienced a topsy turvy road in his life, right from facing jail terms to battling cancer and coming out successfully from the deadly disease. His wife Maanayata has been a pillar of strength for the actor and the family through all testing times.

On the work front, Sanjay Dutt is all set to debut in the Kannada film industry with ‘KGF Chapter 2’. He will be essaying the role of a mean antagonist who goes by the name of Adheera.