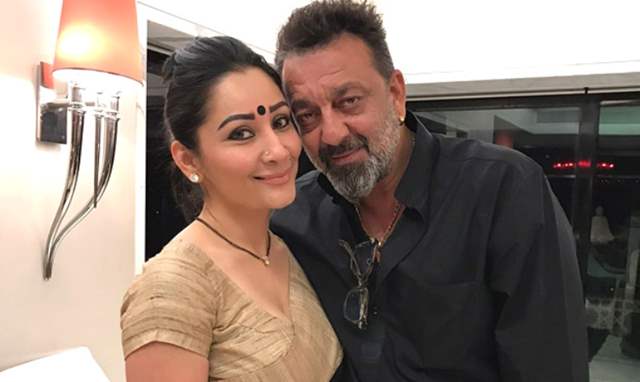 Actor Sanjay Dutt recently saw a massive setback after he was diagnosed with stage 3 lung cancer. The Sadak 2 actor instantly commenced his treatment for the same, and in a recent turn of events, Dutt has successfully defeated cancer. The actor’s family and fans are on cloud nine after Sanjay announced the good news.

While the actor’s wife Maanayata Dutt has through ups and downs and she has definitely been through a lot. A recent SpotboyE report quoted a close friend of Dutt who revealed that Maanayata is overwhelmed by the recent good news.

A close friend of Dutt said, “Maanayata has been crying and praying. She has been with him through thick and thin, through incarceration and illness. She’s the best thing to have happened to Baba. I don’t know what he would have done without her. When  Baba married her—this was his third marriage—we were all skeptical. But she has proven  herself to be  a completely devoted wife and mother,”

In his post, Sanjay Dutt sharing how disheartening it has been for the Dutt family but on the occasion of his twin’s birthday, he got the news that he is cancer-free. Sanjay shared the note with the caption, “My heart is filled with gratitude as I share this news with all of you today. Thank you”

The news of Sanjay Dutt’s recovery has spread happiness amongst his friends, colleagues, and fans and the congratulatory calls started coming in.

Post-recovery, actor Ranbir Kapoor was the first to wish the 61-year-old actor. Ranbir is known to be a diehard Sanjay Dutt fan, and despite making a career policy to not work in bio-pics; he made one exception and was seen starring in Sanjay Dutt’s biopic titled - Sanju.

Earlier, Ranbir Kapoor and girlfriend Alia Bhatt were spotted at Sanjay’s house after he announced his ill-health. Pictures of the couple leaving Dutt’s residence went viral.