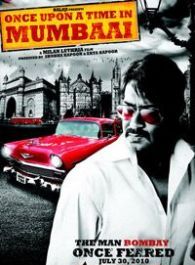 Director Milan Luthria says his much-anticipated sequel "Once Upon A Time In Mumbaai 2" will not follow any "gangster movie trend" as in his film the focus will be on flamboyance, drama and music.

"As far as gangster trends are concerned, I think we stand apart as our take on gangsters is very different. It's more of a flamboyance, drama, music and dialogues. So it's a different space and thankfully we are the only ones in that space," Milan said here at an awards function.

The year began with hit gangster film "Agneepath(2012)", and it will be followed by "Zilla Ghaziabad" and Anurag Kashyap's "Gangs Of Wasseypur".

Produced by Balaji Telefilms, the cast of "Once Upon A Time In Mumbaai 2" so far includes Akshay Kumar, who will play underworld don Dawood Ibrahim and Shahid Kapoor as Chhota Rajan.

Luthria says some more interesting names will join the cast.

"We are putting it together carefully. Some interesting casting is to happen, but we are taking our time. It's a big film, it's an eagerly-anticipated sequel. Akshay is also as excited as all of us. (Composer) Pritam has started work. In a few weeks from now, we will be making all our final announcements."

The director is currently basking in the success of "The Dirty Picture".