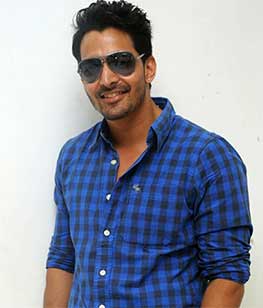 Actor Harshavardhan Rane, who is playing cameos in two Telugu projects - comedy-thriller "Geethanjali" and a yet-untitled film - says he doesn't mind doing these special appearances because he gets to work with some top heroines of the industry.

Harshavardhan is paired with southern actress Anjali in "Geethanjali", while he plays Karthika Nair's pair in the other film.

"I don't think I can complain if I'm paired opposites top heroines of the industry. It's not daily that I get to work with them. I feel lucky to be getting such opportunities," Harshvardhan told IANS.

Recently, in the southern version of "Kahaani" titled "Anamika", Harshavardhan was paired with Nayantara.

The five-film old actor is currently awaiting the release Telugu thriller "Maaya", which features him in a lead role opposite three heroines.