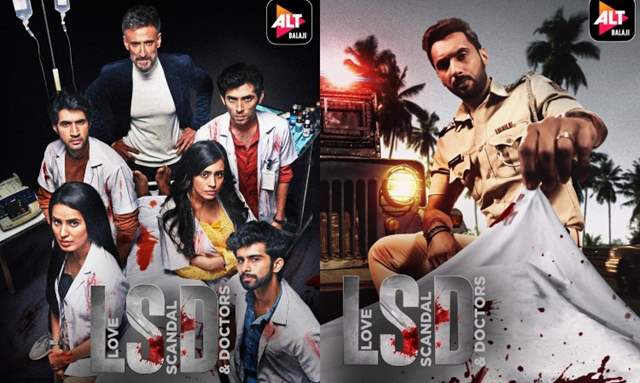 Five medical interns are central to the story along with the chief of surgery Dr. Rana, played by Rahul Dev, and the cop investigating the murder, Tavish played by Punit J Pathak. The series begins with the murder of a patient, Asif, who also happens to be the husband of one of the interns. The interns somehow are put in a difficult position and decide that the only solution would be to get rid of the evidence. Inevitably there is a whole lot of chaos, desperation, betrayals, loss of friendships, and possible destruction of careers on the horizon.

The character. Dr. Karthik is played by Ishaan A Khanna. He is also the dean’s son and brother to Chitra who is a resident at the same medical college and an instrumental part of the series. Dr. Vikramjeet, Dr. Karthik’s best friend is played by the adorable Siddharth Menon who has done a lot of notable work in the industry before. Rahima played by Srishti Ganguli Rindani is the controlled wife of Asif, the murder victim, and Sara, played by Tanaya Sachdeva is this intern who worked her way up from the wrong side of the tracks. Kabir played by Ayush Shrivastava is an intern determined to stand on his own feet despite being from a well to do family. The series has been directed by Satvik Mohanty - Preya Hirje.

The talented cast, the cliffhangers, the mystery, the authenticity, all of it tied together makes LSD - Love, Scandal & Doctors a very interesting watch for one and all. The way a surgeon conducts himself/herself and does things were all perfectly replicated by these actors, which goes to show that they have taken what they do seriously and have put their hearts and souls into the show. It was obvious from the very start that their hard work wouldn’t go in vain. The series has a good balance of well known and new faces, ensuring comfort as well as curiosity and interest. Making sure that the audience is kept glued to their screens.

Apart from the central theme of murder, mystery, competitiveness, and ambition. The makers have also subtly added lessons like love, loyalty, acceptance, and listening to your conscience. These can be seen in the vibrant characters of Chitra, Samiksha, and Rahima. Who face a lot of challenges and judgments because of their choices and their acceptance of themselves and each other.

A very well made and well-executed show for sure. Definitely worth canceling your weekend plans.