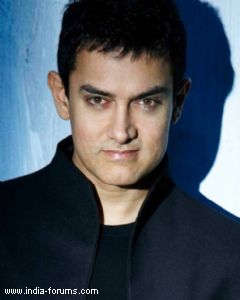 Actor Aamir Khan, who is a very good friend of Salman Khan, says he loves Salman for promoting his film 'Dhoom 3' in "Bigg Boss Saath 7".

"I recently messaged Salman saying I am sending you my hat... please wear it at some event, it will help us but I didn't know he will wear it directly in 'Bigg Boss'... this shows his generosity. Its not his film, still he is helping us so much. I love Salman Khan for this," Aamir told reporters during a press conference promoting upcoming film 'Dhoom 3'.

Asked if he will promote Salman's 'Jai Ho', Aamir said: "We haven't thought about it but I would love to do anything for him. But he is such a powerful star that he doesn't need anyone."

The entire star cast of 'Dhoom 3' came together for the first time on Tuesday to promote the most awaited film.

7 years ago but we hate salman after this season nd gd luck for d movie aamir :) .