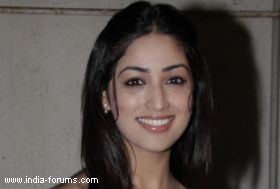 Actress Yami Gautam, who will be be seen with Ali Zafar in "Aman Ki Aasha" says she is eagerly waiting to work with the actor-singer as she feels there is a lot to learn from him.

"There is a lot to learn from Ali. He is such a fabulous actor. He is an all-rounder. He is a singer, music composer, actor and what not. I am really looking forward to work with him," Yami told IANS.

Yami will play a Hindu girl in the film.

"Ali is playing a Pakistani boy and I am playing a Hindu girl. I am not allowed to talk about the film, so that is all I can say. But this film is going to be completely different from 'Vicky Donor'. It is a very interesting role," she said.

The film will be directed by E.Niwas, who has earlier helmed "Shool", "My Name Is Anthony Gonsalves" and "De Taali".