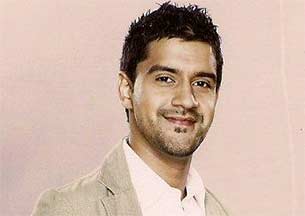 Indian actor-stand up comedian Kavi Shastri, who was born and raised in London, says be it the west or India, people tend to get typecast on the basis of their origin.

Kavi, who will soon be seen as the host of Bindass' forthcoming show "Love By Chance", has done radio shows, theatre and small roles in British TV shows like "Holby City" and "The Bill". But he somehow felt the need to work in India.

"I moved here about seven years ago. The decision was very impulsive. I made up my mind and within a week, I was in India. In London, I was getting stereotyped. Not because of my acting ability... (but because of) colour of my skin possibly or nature of my origin," Kavi, whose parents hail from Gujarat, told IANS.

He was first on the big screen in "Love Aaj Kal". The actor could've made his Bollywood debut 10 years back, but the film that co-starred Naseeruddin Shah and Kirron Kher somehow didn't see the light of day.

"I had the opportunity to do a film starring Naseeruddin Shah, Kirron Kher and others. But the film never got released. During that time, I saw the passion and madness India has for films," said the actor.

After switching to Hindi cinema, he found that even actors from different parts of India are typecast.

"Getting typecast? It's only expected. You go to any country in the world even India. People from different states...everyone gets stereotyped whether you are from Delhi, Assam or Gujarat," said Kavi, who has also acted in TV show "Rishta.com".

But the co-founder of Weirdass Comedy is not disappointed and he feels "lucky" to be able to showcase his talent here.

As of now he is happy and nervous about "Love By Chance", which will showcase a falling in love story every week between two individuals who stumble into love just by chance.

"I've been watching a lot of TV shows about love these days. Fiction or non-fiction...everything kind of emphasises on darker side of love. 'Love By Chance' is refreshing. We are looking at positive side of love," said the artist, who will also be seen in forthcoming film "Amit Sahni Ki List" with Vir Das.