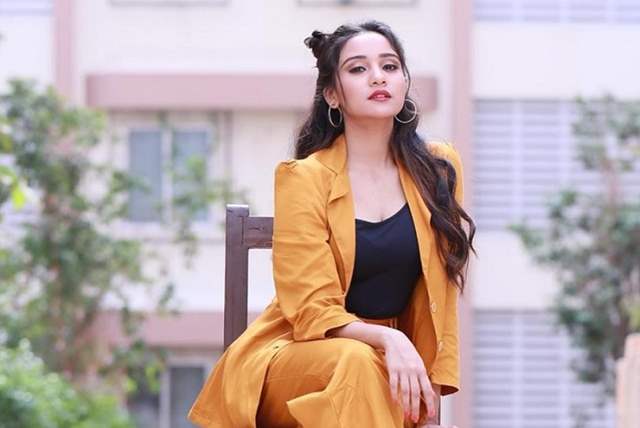 Ashi Singh who has been loved by the audience for her character Naina in Sony TV's popular show Yeh Undino Ki Baat Hai has recently replaced Avneet Kaur to play the role of Yasmine in SAB TV's Aladdin Naam Toh Suna Hoga. The Actress shared her lockdown down experience.

Ashi in an interview with ETimes told that she took up the show as staying at home for three-and-a-half months doing nothing, started affecting her mentally. But she also mentioned that she was nervous as well of working in this Pandemic situation.

Ashi even said that it was difficult for her to convince her parents to start working. When the show was offered, she was still contemplating whether to do the show or not but sitting home for 4 months has started affecting her mentally and she was frustrated. She convinced her parents. And now she is very careful once she returns home from the shoot. She sanitizes all the stuff that she used and directly goes to her room to take a bath. She even sleeps early so that she is in less contact with her family and even if she interacts with her family, it is from a distance.

Ashi is excited to be working again but at the same time, she is nervous. Because she has a five-year-old niece, and also have her parents, so it is indeed scary. The actress takes all the precautions that she can. It is scary and she won't deny that.