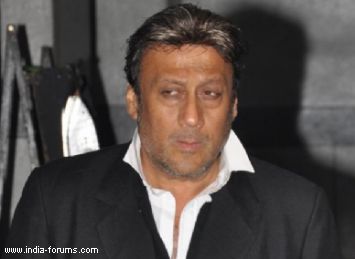 Kingfisher calendar girl Angela Johnson seems to be in the news for all the wrong reasons. The recent report is that she is dating Jackie Shroff's son, but Tiger says that he has never met her.

"I've never seen this lady in my life. I don't know where these reports come from, and what they mean. I'm just wondering why my name is out there. I am no star-kid. Just a kid working hard, minding my own business," said Tiger who is yet to make his debut in films.

The only connectivity between Tiger and and Angela is a film that was being planned by Aamir Khan Productions as a launch pad for Jackie and Ayesha's son. It was felt that Angela fitted the bill. But after the recent reports, the potential screen 'jodi' has been hastily nipped in the bud.

Ayesha is not amused by recent attempts to link her son Tiger with Angela.

"My son has never met Angela. So it's anyone's guess where these rumours are coming from? We plan to take very serious action against any attempts to sabotage Tiger's career even before it's taken off. He's such a hard working boy, never seeks any attention from anyone. Please, I request everyone to leave him alone," she said.

Ayesha admits that Angela was considered as a potential co-star for her son.

"There are no girls around whom we can see as co-stars for Tiger. One day I saw Angela's picture. She's pretty and I thought she'd make a compatible pair with him. But then we heard she was under contract with Salman. And we quickly dropped the idea," she said.

Earlier, Angela was in the news for her alleged link-up with Ranbir Kapoor, which was denied by the Kapoor camp.