View Profile
There are a few father-son duos in the industry, but the Feroz Khan-Fardeen Khan pair is prominent, because they 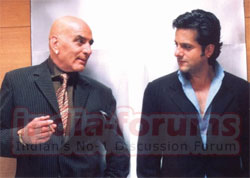 Featured Video
try to be unique. Fardeen takes pride in following his father's style and mannerisms. Recently, however, there has been a shift in events. Looks like the senior Khan copies his son, rather than the other way round.

Feroz Khan has not really done much comedy, although he has managed to get a few laughs with his mannerisms. Ten years after 'Yalgaar', he makes a comeback with 'Kuchh Tum Kaho, Kuchh Hum Kahein'. He will also be seen in Anees Bazmi's 'Welcome', a comedy, which also stars Anil Kapoor and Nana Patekar.

In the meantime, Fardeen, who has acted in films like 'Love Ke Liye Kuchh Bhi Karega', 'Shaadi No. 1', 'No Entry', and 'Heyy Baby', will be seen in Viveck Vaswani's 'Dulhaa Mil Gaya'. He also has Puneet Sira's 'Jai Veeru' coming up, with Kunal Khemu. 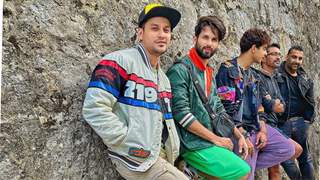 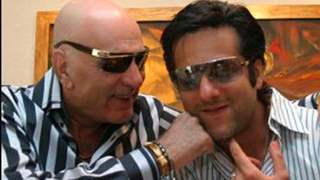