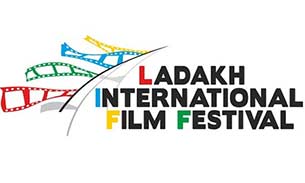 The third edition of the Ladakh International Film Festival (LIFF) to be held in Leh June 27-29, will have multiple highlights - while Anurag Kashyap's "Ugly" will have a green carpet premiere, there will be a special retrospective on the globally acclaimed filmmaker Akiro Kurosawa.

The focus country for the movie gala this year is Korea, and contemporary Korean films will be brought alive on screens at the event which will open with Kamal Swaroop's "Rangbhoomi", based on Dadasaheb Phalke's eponymous semi-autobiographical play.

The details of the fest were announced via an official statement issued Saturday.

"LIFF, in its third edition, is proud to announce a cross section of films, which will be screened at the picturesque venue. These include international feature films, documentaries from India, short films (national and international) and Indian feature films," said Melwyn Williams Chirayath, founder and festival director, LIFF.

"In addition, there will be a special retrospective on legendary film director Akiro Kurosawa. Tributes will be paid to Hindi film industry veterans Farooque Sheikh (by Deepti Naval) and Nanda, who passed away," he added.

Kashyap's "Ugly" will be showcased at the Green Carpet Premiere of LIFF 2014, at White Lotus School, an open air venue with a capacity of 20,000 people.

The theme for LIFF 2014 is 'Spirituality and Camaraderie' and the festival will culminate with The Dalai Lama holding Kaalchakra.

Filmmaker Shyam Benegal, chairman, LIFF, is happy and content with the event's progress.

"The Ladakh International Film Festival has come of age. It is now an important film festival of South Asia. It also has the distinction of being the only international film festival on the roof of the world ringed by the tallest mountains of the Himalayas," he said.