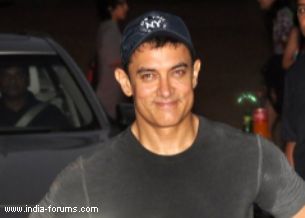 Aamir Khan, who is known to involve himself deeply with innovative promotions of his films, says the "less is more" policy will apply to action-thriller "Dhoom 3", produced by Yash Raj Films (YRF).

While several moviemakers are taking the small screen route for film promotions, the "Dhoom 3" team is unlikely to head there, according to Aamir, who plays the villain in the movie.

Asked if the team will go to a show like "Bigg Boss" for the promotions, the actor said: "We are not going anywhere to promote 'Dhoom 3'. We believe that less is more for this film and even curiosity will be there."

"Aditya Chopra (producer) is confident about this film, and even I am very happy with this film," he added.

Aamir stars with Katrina Kaif in the film, which brings back Abhishek Bachchan and Uday Chopra from the past movies in the hit franchise.

The film, directed by Vijay Krishna Acharya, will hit the screens Dec 20.