Director Priyadarshan admits he had written the female lead of his forthcoming 'Billo Barber' with favourite actress Tabu in mind but had to settle for Lara Dutta instead due to date problems.

Priyadarshan and Tabu have done great work together in films like 'Viraasat' and 'Kala Pani'. The versatile actress even agreed to do an inconsequential role in 'Hera Pheri' only for Priyadarshan's sake.

'Billo Barber' is being produced by su 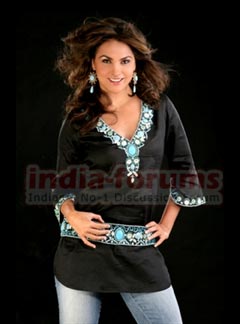 Featured Video
perstar Shah Rukh Khan and Priyadarshan wanted Tabu to star in it. But after she opted out, Lara bagged the role.

Said Priyadarshan: 'It's a role of a full-on firebrand village girl. And it's patterned on Tabu's role in my 'Viraasat'. I've to admit I think of Tabu for every female lead. But Lara is sensitive and strong enough to carry this role off with elan.'

He said that Lara plays the wife of a barber, portrayed by Irrfan Khan.

'Though the character belongs to a higher caste, she defies social norms and the diktats of the village to marry a barber. Lara's sophisticated image hasn't come in the way of her performance at all. She'll shock you,' said Priyadarshan.

Shah Rukh also stars in 'Billo Barber', but not opposite Lara.

Said a source close to the project: 'There was a certain amount of reservation about the part when Lara heard it was opposite Irrfan. Lara is extremely conscious of her co-stars' status. Earlier she had refused Anil Kapoor's 'Short Cut' with Arshad Warsi.

Earlier Lara had done a walk-on part in 'Fanaa' and admitted she had done it to work with Aamir Khan and to gain an entry into Yash Raj Films. And very soon she got a full-fledged role in 'Jhoom Baraabar Jhoom' with the illustrious banner. 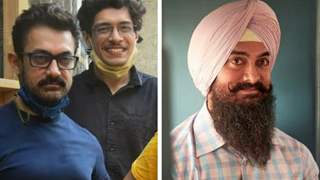