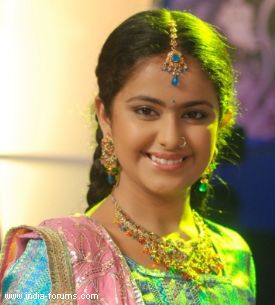 Producer Giridhar says he had to wait for six months to sign actress Avika Gor for his upcoming Telugu romantic drama "Lakshmi Raave Maa Initiki" as she was busy shooting for cinematic debut "Uyyala Jampala".

"We couldn't think of anyone else for the role. Therefore, we decided to wait for six months to sign Avika. When we approached her, she had already started shooting for 'Uyyala Jampala'. We narrated the story and she instantly liked it," Giridhar told IANS.

"Avika aksed us to move on if we couldn't wait, but we had decided to cast her at all cost. So we waited and it finally paid off," he added.

Avika, who is known for her work in Hindi serial "Balika Vadhu", was appreciated on the big screen with "Uyyala Jampala", which turned out to be the biggest low-budget Telugu hit of last year.

exclusive
Exclusive Akanksha Puri on why it was important to leave Vighnaharta ...
4 minutes ago

Bigg Boss 14: Prince Narula to enter the show with Sidharth ...
31 minutes ago

Bigg Boss 14: Here's why Gia Manek will NOT enter the show
54 minutes ago

Ishq Subhan Allah Bids adieu after a successful run of two ...
56 minutes ago