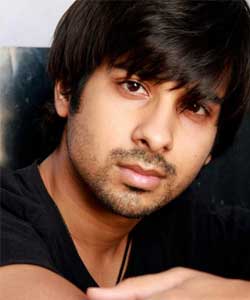 Rajan Shahi's much-awaited show on Colors, tentatively titled Havan which is based on the ardent following and faith of a girl towards a Godly man has almost got its cast now.

Kunal Verma, the guy who shot into the limelight with Tujh Sang Preet Lagayi Sajana has been finalized to play the male lead's role in the show.

A little birdie tells us, "Kunal has always been in the good books of Rajan Shahi. The Producer has wanted to cast him in one of his shows. In fact, Kunal was one of the options to essay the role of Viren Sood in Chand Chupa Badal Mein, after which the role went to Kinshuk  Mahajan. Kunal too wanted to work with Directors Kut one day, and it looks as though his dream has come true now".

When contacted, Kunal Verma confirmed the news saying, "Yes, I am doing the show. But I do not know anything on my role. You can call me later".

We tried contacting Producer Rajan Shahi, and even sent him a text, but did not get a revert till the time we filed the story.

Meanwhile, it is also heard that Shubhangi Aatre will play a key role in the show.

Havan was originally designed to launch at the afternoon slot, but we hear that the channel might reconsider the decision and give it an evening slot.

Guess this is going to be the next big launch on Colors..

+ 3
9 years ago Rajanji...U and your CT's did not treat CCBM well.. u had the best star cast.. i have never seen a powerful star cast like this in serials...NivRen is the best magical couple and u could have done wonders with them...i love CCBM and NivRen...but u gave up... i am very hurt... feel very sad as the show is ending

+ 3
9 years ago What Rajanji... you did not give any attention to Chaand Chupa Badal Mein and now you are launching this new show? Hope you do not treat this show as you treated CCBM.. So sad that CCBM is ending.