Kunal Karan Kapoor, popularly known as Yudi of Left Right Left is back!! The actor will soon be entering Zee's Maayka as the third male lead. 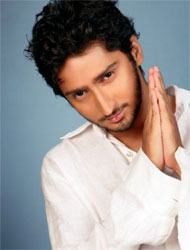 Featured Video
According to our source, "Kunal plays a street smart Punjabi guy who has been brought up on the streets. He enters the story line when Mohini, mother of Mahi played by Zarina Wahab leaves home and decides to end her life. She is saved by the guy, and he starts taking care of her".

"His character in the show is etched on the lines of Akshay Kumar of Namastey London and also Sukhi (Sharman Joshi) in Rang De Basanti", adds our source.

When we called Kunal, he confirmed his entry in the show and said, "It is a refreshing character, the guy is a mean yet sweet person. He is a typical Punjabi, and I am trying hard to get the accent and the language right".

The actor has started shooting for the serial, and his entry will be aired tonight.

The actor's comeback to television will surely make his fans happy!!

9 years ago u are best actor kkk... u r rocking... the king of the expression... love u alwaysss.. u r not only a prince of tellywood n a best actor bt u r a wonderful nice human being .. sooo caring... hard working.. a traveller ...feel honour that I m ur fan... keep smiling .. best of luck for ur bright future...missing u..

Sweety-S 13 years ago We hope that he w''ll sumthing interesting in the story 4 us to watch it wid excitement!

13 years ago the show is OK! hope he makes it really, really OK OK!! best of luck to him! he should make sure he doen''t get killes by angad becuase whoever comes in the show is getting killes!

13 years ago I loved him as yudi alot in LRL and looking forward for his role in Maayka now, i am so happy to see him again!