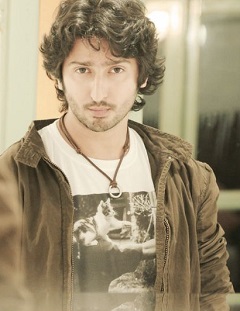 When contacted Kunal, he said, "It's too early to comment anything on it right now."

Well, only time will tell whether the fans of Kunal will get to see him setting the dance floor of Jhalak on fire with his dance moves or not!

Simxyz 5 years ago woulb be interesting to see you dance Kunal Karan Kapoor !

Siyaxx 5 years ago interest in jhalak dekhlaja Kunal Karan Kapoor ? it could be interesting ! hope to see you there one day.

Mangales 5 years ago One should only aim for things that will take them towards their dreams and those that are close to your heart...Have read that Kunal Karan Kapoor is not for dancing...so it is a good thing that he did not take this offer...

SimXxXxX 5 years ago Like your style Kunal Karan Kapoor ! hope to see you dancing soon !

SimXxXxX 5 years ago Kunal Karan Kapoor you are awesome ! i know you can dance very well and i hope that you get chance to show it !!!

Vaidehi_1924 6 years ago Though it may sound bad to some ppl..but I really thank U for not accepting Jhalak..
Though I'm desperately waiting for Ur comeback..that too in a marvelous character..a role which would lead Ur performance to new heights..!!