View Profile
OK, we are now at the end of another week. So as promised, we have with you another star answering a set of wacky, silly and outlandish If I Was...questions. This week, we have Kunal Kapoor in this special weekly column in Telly Buzz. 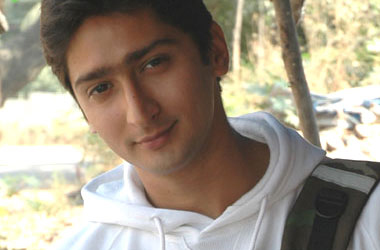 Featured Video
Kunal Kapoor is playing the role of Yudi, a complete simpleton but extremely brilliant cadet who has joined the military academy to break the image of a geek and become a man. So let us get the Man speaking now, on the IF I was...

If I was born again, I would be

If I was not an actor, I would be

I would choose scuba diving !

If I was prime minister for one day I would:

Do what Anil kapoor did in the film Nayak, get all the corrupt politicians out !
So with this, we come to the end of this week's IF's. We will meet you same time, next week with another Star on the Hot Seat, with yet another Set of Rapid Fires...

3 years ago I love reading your interviews Kunal Karan Kapoor.

6 years ago Waiting for your come back on screen Kunal Karan Kapoor.

7 years ago Kunal Karan Kapoor , you are so cuuute!!!

7 years ago so cute reply Kunal Karan Kapoor ! love you

7 years ago Kunal Karan Kapoor you are simply awesome!!! loveall your answers!!!

15 years ago good effort..would love to c more actors in this hot seat

+ 3
15 years ago omg...the question which Yudi answered that he wants his wife to be like his mom was damn fast and hilarious!!!!Thanx!!!