Mumbai, May 18 (IANS) Bollywood producer Kumar Mangat, who has been associated with many hits of the Hindi film industry, said that the launch of his daughter as an actress in 'Haal-e-Dil' has been a dream come true.

At the music launch of the film, attended by a host of Bollywood bigwigs like Rajkumar Santoshi, Priyadarshan and Bhushan Kumar, here Saturday, Mangat said his daughter has made him proud with her performance in the film.

Mangat, who has come a long way from being a spot boy to star secretary to a producer, said: 'I came to Mumbai in 1978 with aspirations to do something big in Bollywood and today I feel my dream has come true. I am proud of my daughter.'

On Amita's selection, Mangat said, 'Amita was selected not because she is my daughter. She had to go through all the training and tests required for any other actor and she had proved herself.'

Amita said: 'I have been preparing myself since I was three years old. An actor has to learn many things which we normally overlook. I took my formal training in acting from the institute of Kishore Namit Kapoor and theatre personality like Om Katare. I also learnt seven languages. Besides, I took training in dance and various other aspects in acting so that any point I am prepared to face any situation.'

Nakuul, who traces his roots to Udaipur royal family, said Amita has been a wonderful co-star. 'She has never let us feel that she is the daughter of the producer and has always been supportive.'

About his role Nakuul said, 'I play 'Shekhar', an incorrigible flirt. Although his naughty ways and twinkling eyes may mislead you, when it comes to girl he loves, he is ready to do whatever it takes to win her. He is madly in love with 'Sanjana' and can do anything to woo her.'

About his other co-star Adhyayan, Nakuul said, 'I don't have much scenes with him. Most of my scenes are with Amita. We were only together in the Switzerland schedule. But, the little time we had together, we had a lot of fun and I will always cherish those moments.'

Adhyayan said, 'My scenes were mostly with Amita and we did not interact much. But the little time we had together, we had a blast.'

The director of the film Anil Devgan, who made his directorial debut with his home production 'Raju Chacha' in 2000, said the three new comers did a commendable job.

'I am very happy with the output. We from the very beginning were sure of going with a new cast.'

The director's last film was 'Blackmail' released in 2005. Why such a long break? 'Subjects did not inspire me. I got the subject and now I am with it,' he said.

The film, with a budget of Rs.150 million was shot in various locations like Leh, Ladakh, Manali, Shimla, Kalka, Mahabaleshwar in India and Wai, Switzerland and Italy.

The music for the film has been composed by Vishal Bharadwaj, Anand Raj Anand and Raghav Sachar. One track by Pritam has also been added, said the producer.

The film is shot by Rajeev Ravi and Dheeraj Rattan has penned down the script. Sanjay Chhel has given the dialogues with Farhad Sajid as the additional dialogue writer.

The film hits the theatres June 20. 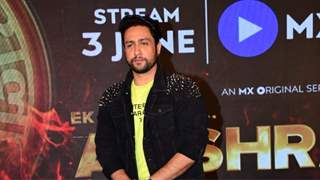