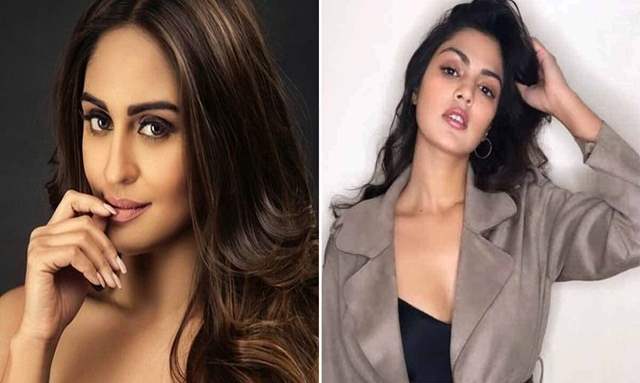 After much controversy and a lot of talk, the Amitabh Bachchan-Emraan Hashmi-Krystle Dsouza-Rhea Chakraborty starrer, Chehre released only a couple of days ago. The film has been in the news for a long time now and faced several issues of release dates. One of the main reasons for the same was the pandemic where the film was set to witness a release back in April but owing to the second wave of the pandemic, it was delayed again.

However, the biggest conversation always was about the involvement of actor Rhea Chakraborty, who was in constant scrutiny by the media - mainly because of the Sushant Singh Rajput saga. That controversy died down and the film too finally saw a release. But owing to extreme media scrutiny, Chakraborty was left out of the promotions of this film. Dsouza, who marks her debut in Bollywood with this film talked about how all these controversies affected the film, she said, “Honestly, we had shot the film long before, so the performance of anyone wasn’t affected, but you wonder why these things are happening. More than anything else, I was feeling bad for Rhea as it is a big film for her as well. So, it felt unfair for her.

She added, "We have a judicial system that can take care of such cases and that’s what the film is also about, that it’s the work of a judicial system to look into matters and why must others intervene in that. So, no, I didn’t feel it would hamper anyone’s performance. I just hope that when people see the film, they look at everyone’s individual performance and appreciate them.”

Earlier, there were several speculations before the film’s poster and trailer release if the actress would be a part of them, but the film’s director Rumy and producer Anand Pandit, always stood by Chakraborty. Chehre has released to mixed reviews.

ALSO READ: Love is in the air for Emraan Hashmi - Krystle Dsouza...

1 months ago Controversy died. Really death of someone is controversy and prime accused is thought to be free now. What a la la land. This movie is going to be super duper flop.