Emraan Hashmi has been making headlines these days. The actor is currently gearing up for his upcoming film, Chehre, which is finally getting a theatrical release.

After a long hiatus the film is all set to release on 27th August 2021 in theaters across the country and the whole team is very excited for it.

Also, it's all the more special for Emraan as it’s his second film that’s getting a theatrical release amid lockdown, which further makes him the only actor to have two releases on the silver screens amid pandemic.

Since the announcement has been made about Chehre releasing in theaters, the film’s team has been giving us glimpses of the film through various clipping.

A few posters and promos are making rounds on social media with great responses from the audience. Following this, the makers have released a soulful romantic song ‘Rang Dariya’ featuring Emraan Hashmi and Krystle Dsouza.

Crooned by Yasser Desai, the track will surely make your hearts go crazy in love. Rang Dariya is the first-ever song from the film and the tune is not something to be missed, so do not miss this gem!

Producer Anand Pandit is all set to bring back the unparalleled cinema experience for his viewers with his upcoming multi-starrer thriller “Chehre”. 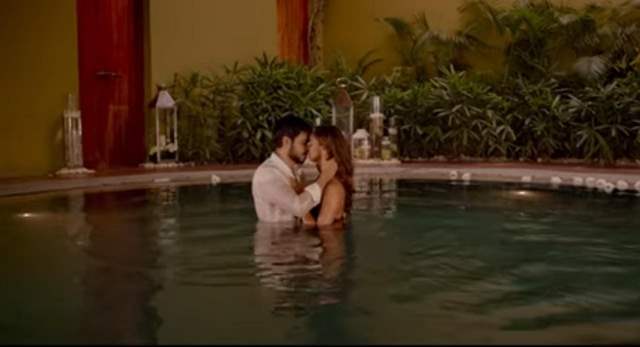 Starring Amitabh Bachchan and Emraan Hashmi as the central characters, the film has a huge ensemble cast and is one of the most anticipated films this year.