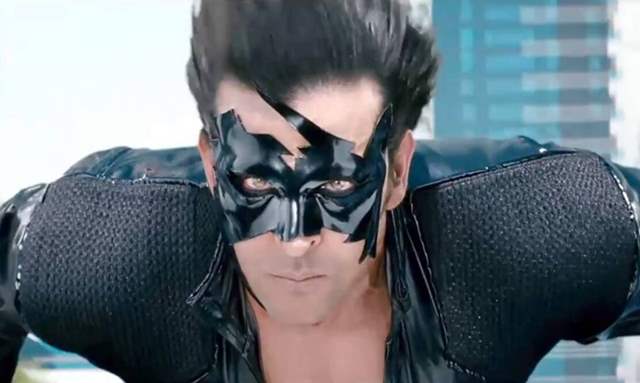 Hrithik Roshan, who brought Krrish to life on the big screen, has given every superhero enthusiast something to look forward to. The Krrish franchise is undoubtedly the country’s most loved and successful superhero franchise and Hrithik celebrated 15 Years Of Krrish by announcing Krrish 4 on June 23.

Making the announcement, the actor also confirmed the fourth part of the superhero film - Krrish 4 - with a short video where Krrish can be seen spinning off his legendary mask while in the air and he seems to have given a hint about the films’ plot too.

Last year, it was revealed that the makers are toying around with the idea of bringing the iconic alien of Indian cinema, Jadoo from Koi Mil Gaya, back to the Krrish universe. Hrithik Roshan too had cryptically confirmed the news to this author back then saying, “The world can do with some Jaadu now.”

Now, a recent Pinkvilla report quoted a source who revealed that the fourth instalment of this superhero franchise is set against the backdrop of time travel.

“The makers are trying to build the universe in a way that the world of Koi Mil Gaya, and Krrish come together. While the idea of bringing Jadoo back is in place, the makers have zeroed in on the concept of time travel for this one. Krrish as a franchise has a strong sci-fi backdrop and there has been a gradual significance of time through all the films. In Koi Mil Gaya, Rohit Mehra uses his father’s equipment to communicate with Jadoo, whereas in Krrish, Rohit himself develops a Time Travel Machine, the object of interest. Time travel will be key to the story of Krrish 4,” revealed a source close to the development.

Looking back at Krrish, Rohit Mehra had pioneered a machine that can transport one in the future to control the past and present. Now, it is yet to be seen if this premise is taken forward in Krrish 4. Meanwhile, other details of the plot as to how exactly the element of time travel comes into play has been kept under wraps.

The source further added that the present status of Krrish 4, the film is in the prep stage.

“Rakesh Ji (director, Rakesh Roshan) and Hrithik, with their team of writers, have been working on the script for a couple of years and a lot of it is already locked. The duo has also been in conversations with visual effect experts from the West. Krrish is a dear franchise for the Roshan's and they are keen to deliver a full proof film, close to the reality yet larger than life,” the source added. Interestingly, Hrithik as Krrish, is the only actor in Bollywood to have succeeded in the superhero space. Apart from Krrish 4, Hrithik also has Vikram Vedha, The Night Manager and Fighter in his kitty. The superstar is also in talks for Ramayana.

As the film celebrates 15 years, we are reminded of how Hrithik Roshan’s larger-than-life character is a manifestation of the superhero in all of us. It’s no surprise then that no Indian superhero character is as loved as Krrish, who kept evolving through the years and reflected the essence of every generation.

Krrish had global significance, was a trendsetter and established many firsts in Indian cinema – from being the first film to shoot in unexplored locations to paving the way for cutting edge visual effects in the country.

1 months ago As a kid I cried during separation scene of Rohit and Jaadu.