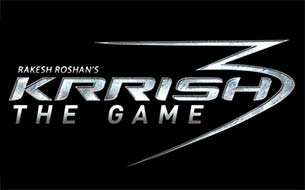 Actor Hrithik Roshan has thanked his fans for making his latest movie "Krrish 3" a hit and announced that the widely downloaded "Krrish 3" game is now the top free game in the country.

The sci-fi movie, which released Nov 1, has already raked in over Rs.200 crore at the box office. The actor, who plays a superhero in the film directed by his father Rakesh Roshan, used the microblogging site to express his excitement.

"Thank you India for the awesome response to 'Krrish 3'. Now, get the 'Krrish 3' Motion Comics on your Android Phone. Eight lakh downloads in a week. Another milestone crossed. 'Krrish 3' game becomes top free game in India on Android," the 39-year-old tweeted Tuesday.

Described as an epic battle against evil, the game lets you relive the superhero's life, perform stunts and use gadgets and weapons to eliminate enemies.