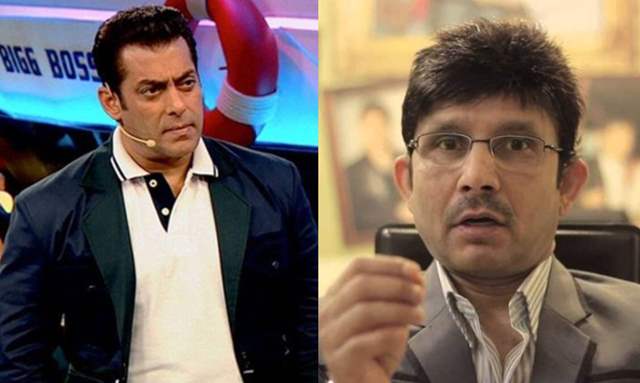 Actor and self-proclaimed critic Kamaal R Khan also known as KRK, refused to apologise to Salman Khan and asserted that he is doing his job. He was recently slapped with a defamation suit by the Tiger actor for saying unfavourable things about, Radhe: Your Most Wanted Bhai in his review video.

However, a source close to the actor has informed us that Salman has filed a case of defamation and money laundering against KRK.

In a new video posted on his Youtube channel, KRK said that he will not apologise to anyone, as he hasn't done anything wrong.

Furthermore, in a series of tweets on Friday, KRK claimed that he has received messages from over 20 Bollywood personalities, supporting him in this fight.

KRK’s recent tweet read: "More than 20 Bollywood people have called me to give me their support. They said, that they were not able to do that whatever I am doing. Because they were not ready to have direct conflict with him. They were scared to make him their enemy. I say- Thank you all so very much!"

In another tweet he added, "Now I don’t care, what will be the result. But I will fight for all those people. I can’t allow so many people to get disappointed. I won’t break their trust."

A major controversy erupted after Salman's lawyers on Thursday (May 27, 2021), revealed that the defamation suit was not for KRK's review, but for KRK'S allegations of corruption and money laundering against the Bollywood star.

After initially indicating that he would stop reviewing Salman's films, he changed his stance and wrote in a tweet that he will keep reviewing the actor's movies even if he touched his feet.

Featuring Salman in the role of a cop, Radhe: Your Most Wanted Bhai also stars Disha Patani, Randeep Hooda and Jackie Shroff. The film had a hybrid release, theatrical in some states along with pay-per-view service on ZeePlex.

3 months ago I thought he wasn't supposed to talk about this case.His lawyer agree to this condition.I wonder who is these 20 people? Maybe some losers who dislike Salman Khan.