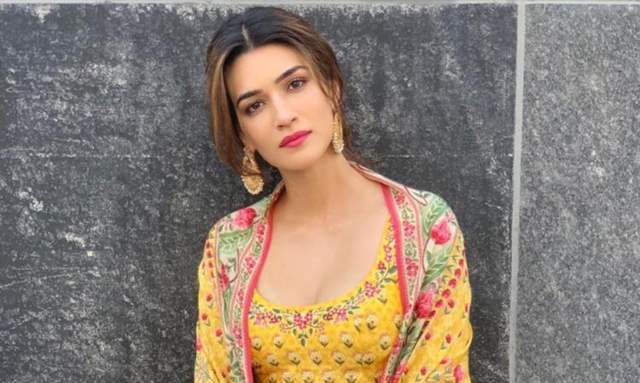 Kriti Sanon has come a really long way since her debut with ‘Heropanti’ for which she went on to receive the Filmfare Award for Best Female Debut. The 30-year-old actress has carved a niche for herself with some of the most entertaining films like Bareilly Ki Barfi, Raabta, Dilwale, Luka Chuppi and many more.

The actress enjoys a massive fan-following and unlike other celebrities, Sanon is often targeted for trolls. The actress recently spoke about the judgement that public figures have to face and revealed that she has become a lot more conscious of what she speaks.

In an interaction with Hindustan Times, Kriti Sanon said that she thinks people judge too much. According to her, this year she felt people have no tolerance and are judging others left, right and centre on anything and everything.

I think people judge too much. This one year, I just felt people have no tolerance and are judging others left, right and centre on anything and everything. There’s no patience, and people are always trying to find something negative. I understand that the times we are in can frustrate us, as everyone’s going through issues in their personal and professional lives.

She also added that the situation should instead make people kinder towards each other. The Mimi actress said that she understands, the times we are in can frustrate us, as everyone’s going through issues in their personal and professional lives.

The actress further mentioned that she has now become conscious of what she shares, writes on social media due to the same.

Kriti Sanon said, "I used to be a lot freer about what I said earlier, but the environment has kind of made me feel I should not speak if I don’t need it. I’ve become a lot more conscious of what I speak."

The Dilwale actress added that people should be able to respect others' opinions and be a lot more open-minded.

"People need to realize that when people actors speak, their opinion is theirs, it doesn’t have to match anyone else’s. I feel we need to be a lot more open-minded and not so judgmental. In today’s world, free speech and hate speech have become similar, which it should not", said the actress in an interaction with Hindustan Times.

On the work front, Kriti has multiple films in the pipeline and she will be seen in Bhediya with Varun Dhawan, Bachchan Pandey with Akshay Kumar, Adipurush with Prabhas, Ganpath with Tiger Shroff, and Hum Do Hamare Do along with an unannounced film.