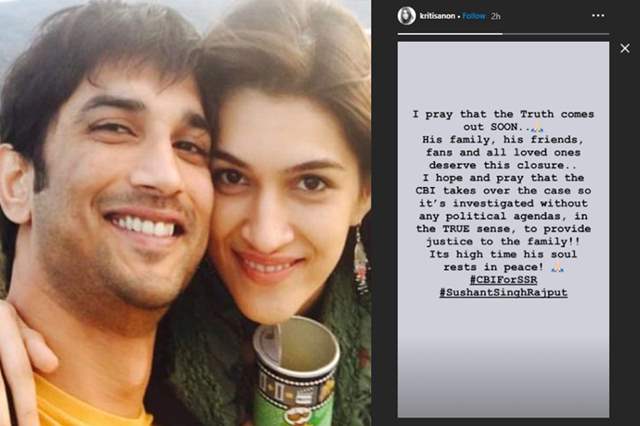 Sushant Singh Rajput's untimely death left the whole nation shocked. The actor left for heavenly abode on June 14, 2020. He was found hanging from the ceiling of his house in Bandra, Mumbai. Initially, what looked like a suicide, now seems to be an apparently planned murder and based on the same, the CBI has now taken over his case and are investigating all the possible angles.

Before this whole fiasco actually gathered momentum, there were millions of the late actor's fans who joined the brigade to have a CBI inquiry for Rajput. This was later joined by a range of actors too which included some of Rajput's closest friends.

Recently, we saw actor Ankita Lokhande releasing a video demanding a CBI probe for Rajput and now another actor has joined. Actor Kriti Sanon, who was rumored to be Rajput's girlfriend earlier when they worked together but was still extremely close to him recently posted a message on Instagram about it. She said how she feels the Rajput's family, friends and all the loved ones deserve closure and she further that she hopes and prays that CBI takes over the case.

Sanon added in her note how the actor's case can be inestigated without any political agendas and only in that way, the truth will be revealed this providing justice to the Rajput family. Sanon also writes how it is high time that the late actor rests in peace. 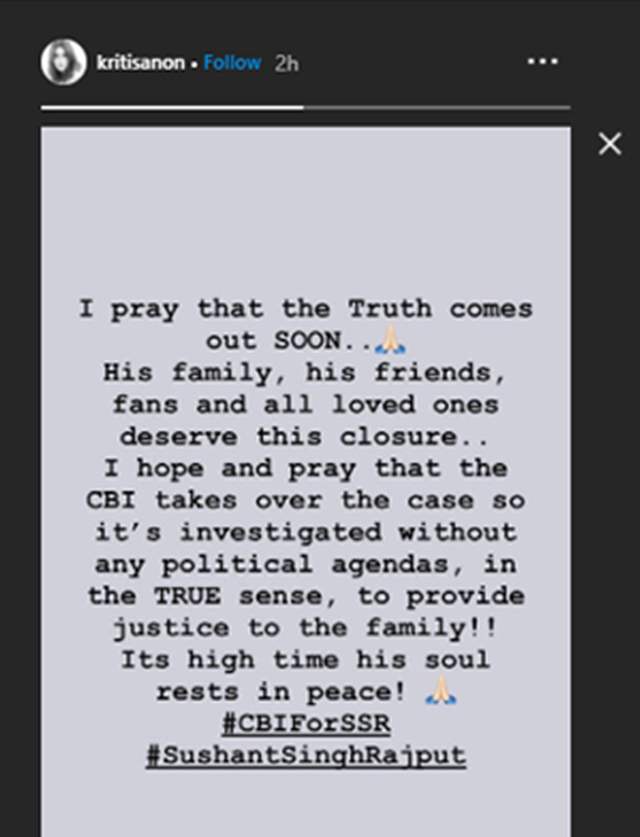 Bigg Boss Season 14: Rubina Dilaik tells the story of how she ...