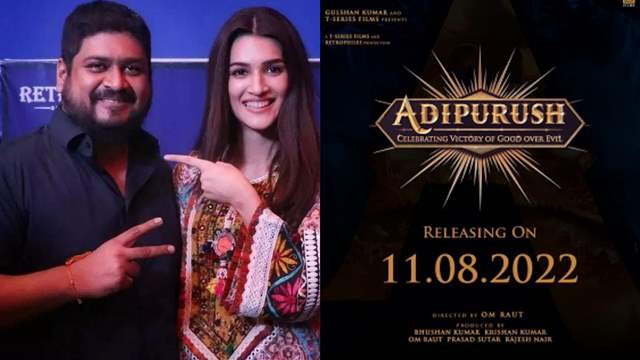 Kriti Sanon is turning out to be quite the social media sensation.

It's only recently that she wrapped up shooting for her upcoming 'Adipurush' and broke the internet sparking adorable social media posts.

After Saif Ali Khan, actress Kriti Sanon has bid good-bye to the units of Adipurush after wrapping up shoot for Prabhas co-starrer.

Kriti penned an observation and shared pictures from the wrap up party on units with Om Raut.

As Kriti continues to express her emotions for the role and movie, immediately generated a fury of comments.

Taking to her instagram take care of, kriti shared beautiful pictures from the wrap up party on units of Adipurush.

She penned a note for director Om Raut as her adventure as Janaki got here to a finish.

She also mentioned how she adores the character she played.

“Can’t imagine this adventure has come to an end so quickly! My center sinks as I let go of this tremendous particular persona that I’m extraordinarily proud to have performed: JANAKI ! Her loving center, her pious soul and her unshakable energy will someplace keep inside of me perpetually! Thanks @omraut for giving me Janaki and believing that I may just elevate the load and accountability that nature got here with. Thanks for containing my hand through this adventure and discovering her with me! Your imaginative and prescient is atypical and I will’t watch the arena to see it! A movie I’ll at all times be extraordinarily pleased with!”

The Adipurush actress posted three images celebrating her successful shooting through cake-cutting, a cute picture with the director and the last one is a beautiful note from OmRaut where he writes,

"Dear Kriti, Today was the last day of our collaboration. God willing many more to come. Until next time!!!".

Making no qualms about it, the actress engaged her fans, giving them a much awaited dose of excitement.

Adipurush is an Indian historical film based on Hindu epic Ramayana stars Prabhas alongside Kriti Sanon and Saif Ali Khan. The film will roll on floors on August 11, 2022.

Kriti Sanon who was last seen in Mimi will next be seen in Ganapath - Part 1, Shehzada, Bhediya, Bachchan Pandey, Hum Do Hamare Do, and more. 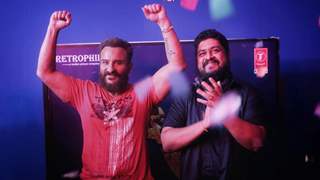