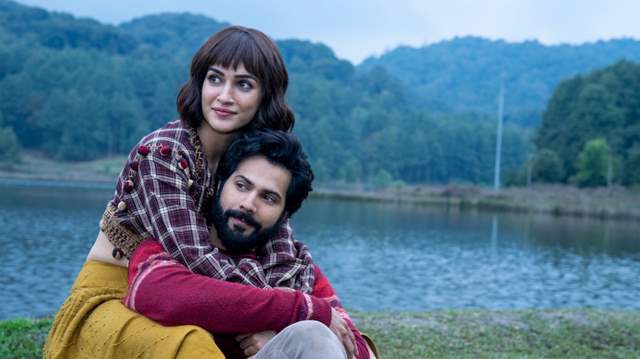 Bhediya's makers just debuted an exclusive behind-the-scenes clip from the movie. The clip shows protagonists Varun Dhawan and Kriti Sanon at their most open, sharing some amusing anecdotes about one another.

The Judwaa 2 actor acknowledged that he and Kriti have both improved as performers over time, but Kriti makes a playful joke about how Varun has improved as a listener. The freshly released "Apna Bana Le" is revealed to be the two stars' favourite song from Bhediya.

Talking about their unique rapport, Varun Dhawan says, “Kriti and I are working together after six years. While not much has changed in that time, we now communicate even more effortlessly with each other, and this shows in our chemistry. Funnily enough, this is one of the reasons our director was worried that we might exude too much chemistry in the film”.

Echoing similar thoughts, Kriti Sanon says, “Varun and I have genuinely been very good friends since Dilwale. We are extremely comfortable with each other, and that comfort translates beautifully on screen. We play off each other amazingly. We worked together after 6 years, and in these 6 years we’ve grown as people, and as actors, and our bond has only strengthened! I had a blast working with him!”

Varun's inherent charm and Kriti's engaging demeanour make for a fantastic combination, whether it's on or off camera. In jodi is all prepared to howl its way into our hearts this November.

The creature comedy is directed by Amar Kaushik, produced by Dinesh Vijan and starring Varun Dhawan, Kriti Sanon, Deepak Dobriyal and Abhishek Banerjee among others, is releasing in cinemas Pan-India in Hindi, Telugu and Tamil in 2D and 3D on 25th November 2022.