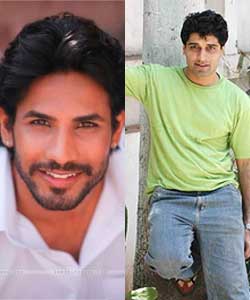 There seems to be a role reversal  of sorts in the industry as many small screen actors are trying to make it big in the big screen, while the Bollywood personalities are taking to the small screen to cash in on the popularity of the idiot box. The latest addition to the list of Bollywood entries are Krip Suri and Shakti Anand.

A source from the industry informs, "Krip Suri and Shakti Anand are going to feature in Shubh Films' Haule Haule Ho Jayega Pyaar. The movie is directed by Pankaj Batra who had earlier done a Punjabi movie."

We contacted Krip Suri and he confirms, "Yes, we have completed the first schedule of the movie and I am looking forward for the movie to release."

Shakti Anand too confirmed the buzz, "I have shot for the movie and hope audience will like my character in it."

Tellybuzz wishes Krip and Shakti a happy B town ride…