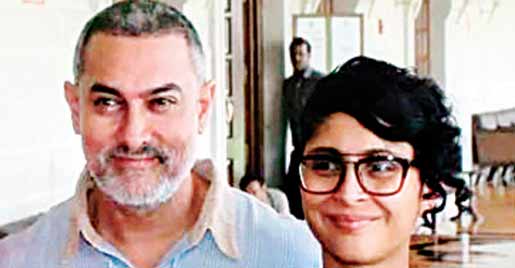 Kiran Rao has already seen some of the look tests of her husband, actor Aamir Khan for the upcoming biopic "Dangal" and she is floored.

The filmmaker, who motivated Aamir to turn vegan for his character in the film, is now looking forward to the film which she calls "special".

"I liked it (Aamir's look in 'Dangal') very much. He is not fully there yet but whatever look tests we have seen so far he is looking very good," Kiran told reporters here during the special screening of Shonali Bose's film "Margarita With A Straw" that she hosted along with Aamir.

"This story is very special and also his character. It is something new for him," she added.

"Dangal" is said to be based on the life of wrestler Mahavir Phogat and Aamir is really working hard on his physique to get into the character.

The film will go on the floors soon.