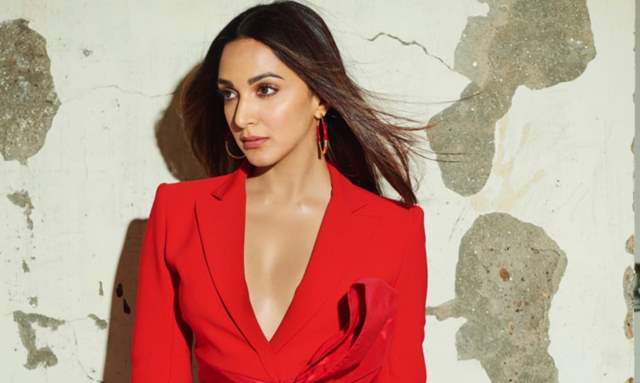 As Kiara Advani clocked seven years in Bollywood with the anniversary of Fugly on Sunday, the actress engaged in a virtual interaction with her fans across the nation to celebrate the glorious seven years.

Inspired by the love of her fans, Kiara Advani thanked all her admirers for supporting her and motivating her to grow. Kiara regarded the celebration of seven years as the success of all her fans as well, having grown together as a family through all these years.

Around 40 fan pages across the nation came together to celebrate Kiara Advani's seven glorious years in Bollywood. Fans from Delhi, Lucknow, Banglore, amongst other cities ranging from different age groups united to shower their love on Kiara to celebrate the milestone.

Interacting with her fans, Kiara Advani revealed her desires, strengths and weaknesses in the fun and candid chat. Answering the questions of her fans, Kiara revealed multiple details about her personal as well as professional life.

A fan sang Jab Tak from MS Dhoni, which impressed Kiara Advani so much that she wishes her to turn a playback singer for the actress someday. The actress also sang her favourite songs from her movies along with her fans.

Kiara's mother too made a brief appearance in the meet revealing she is a fan of Kiara's fans for their outstanding zeal and spirit. Bonding together on their admiration for Kiara Advani, the actress' mother and fans instantly hit it off, sharing the common complaint about lesser posts by Kiara on social media.

With remarkable performances in varied films across different platforms like Fugly, MS Dhoni, Bharat Ane Nenu, Lust Stories, Kabir Singh, Good Newwz, Guilty and Indoo Ki Jawani amongst others, Kiara Advani has carved a place for herself amongst the most popular, loved and bankable actors of the generation.

Having diverse genres and characters lined up with Shershaah, Bhool Bhulaiyaa 2, Jug Jugg Jeeyo and Shashank Khaitan's next amongst others in her kitty currently, Kiara Advani is amongst the busiest stars in the industry today.