Did you all miss the Khichdi…and waiting as what Menu we have for you all this fortnight? Let's get on with the Business then and here is the Five course meal for all the appetite or gossip related craving. In this Fortnight Menu we have "Panchvi Pass" as Added Flavor , with "Dudes judges" as Spice and "Twists of the show "as the most attractive Serving Dish...!! 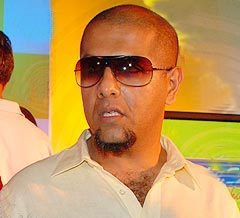 Big Screen Stars as Anchor/Judges… The list is really Long..as now we have Shah Rukh Khan, Salman Khan, Akshay Kumar, Ajay Devgan on small screen, either judging or anchoring the shows. Big screen Divas are not behind either with likes of Shilpa Shetty,Urmila Matodkar, Kajol to name few. What could be the reason for their migration to Television? As small screen stars are eager to grab every single opportunity to gt noticed in the 70 mm screen, the biggies from Bollywood are queuing up to join the Idiot box!! Someone truly said…Mankind is one unsatisfied lot and this is one place where lies success!!…Money fame and creative satisfaction comes after it!!

Lets Pick the most Beautiful, Candid and Cute Pictures Taken/Covered by Telly Buzz over the fortnight.This fortnight the chosen few are..Hiten and Gauri at Se Tez Hain? sets, where they look so much is Love!! So are Sadhna and Ragini from the show Bidaai as well, as both stand by the side of Shah Rukh looking Picturesque as ever!! And Sharad Malhotra at his Elimination from the show Yeh Hai Jalwa showed that sportsman spirit is what that takes you even further. Kudos to his attitude and the way he took his ouster, its truly commendable "Thumbs Up"! 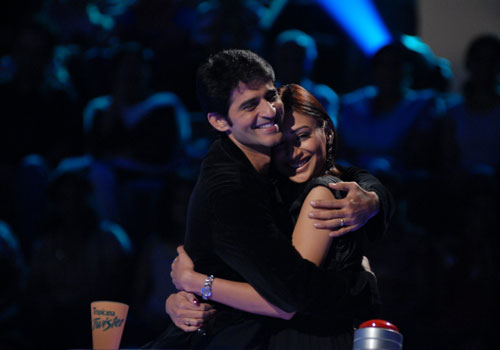 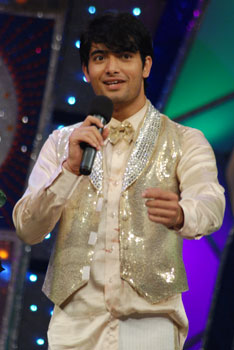 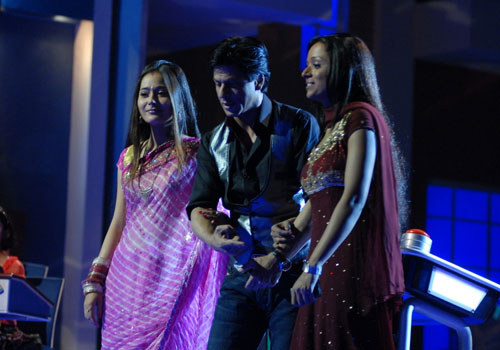 The show has Freshness, charm, Cuteness and the Badshah of course as Host!! Nothing can go wrong with SRK’s humour and witty one liners, and that too in the presence of equally sporting guests and participants everything has fallen in its Place. The attendance of tiny tots as students in Shah Rukh's Class is surely another plus of the show. They are cuddly and intelligent, at the same time truly a deadly combination, and they are soon to develop their own set of fans!! The best part is that none of them were ever overshadowed by SRK or any Celebrity Guests in the show!!

Now every day has a night and every Moon has a dark spot so as this show!! The questions that are being asked in the show are sometimes too difficult and we end up thinking are they really till the 5th grade books? And why does the show need support of actors from small screen - Hiten-Gauri, or the family of Bidaai? Is SRK's presence not enough to attract and lure the audiences?

Set is awesome and something different from the usual excess of Lights and Special Effects and Laser shows, which all reality shows are suffering from .Its very simple and very sweet. Simplicity is beauty and that’s what he Set of Panchvi Pass Se Tez Hain Reflects!! Kudos to the Set designer ! From the Green board as question screen to the bench for kids, everything is just apt!!

Soap Ratings : This Game Show gets THREE SOAPS * from Us!!
* 1 Soap -Stinky One , 2 Soaps-Slippery with no Fragrance ,3 Soaps-Sandal wood with Rose petals , 4 Soaps -must watch/use *

As Long as women are in control of the remote control, nothing can affect daily shows, not even IPL--Anand Suryavanshi

14 years ago Thanks for the article!!
Can't wait till mondayz episode of DMG!!!

And yeah I noticed the Dulhann blooper too. Hihihi....too funny.

+ 7
14 years ago All i can say is Brilliant Nishu Bhishu, this khichdi makes you tempting indeed, loved each and every bit of it...

+ 2
14 years ago interesting article :)
the dulhan blooper was funny lol

+ 3
14 years ago hahahaha love that dulhann blooper!! lolz
thanks, the article was great

+ 3
14 years ago Nishu and everyone, fabulous work!! Read thru the whole thing, it's great yaar :D

wowww, didnt even know that blooper was there in Dulhann.. haha!

And Sharad's elimination, well I'll always be upset but he'll go much further somewhere else.. all the best darling!

Love Paanchvi Pass, my SRK darling and Dhairya!! I too am waiting for a better week in Dulhann and for DMG as well, looks like the cake fight is going to cause some dhamaka!