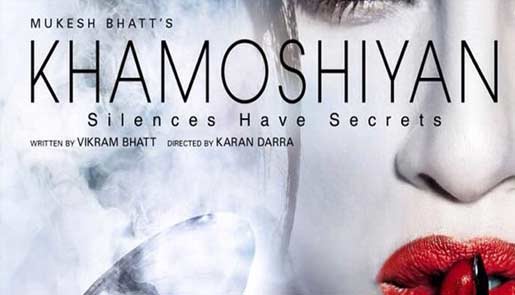 The trailer of supernatural erotica "Khamoshiyan" has received a roaring response with over two million views on online video-sharing site YouTube.

The trailer, though intriguing, sets the milieu of the film and establishes the supernatural element. The trailer, which released over 10 days ago, features the title track "Khamoshiyan" in the background. It is sung by the melodious Arijit Singh.

The film centres around a writer (Ali Fazal) in search of a story; and a conniving seductress, played by Sapna Pabbi.

The cast and crew of the film took to Twitter to share their feelings on the response to the trailer.

"Our #Khamoshiyan trailer has dashed past the 2 million view mark! Feeling great," shared Vikram Bhatt, who wrote the script for the film.

Sapna says she is "feeling blessed" with all the love.