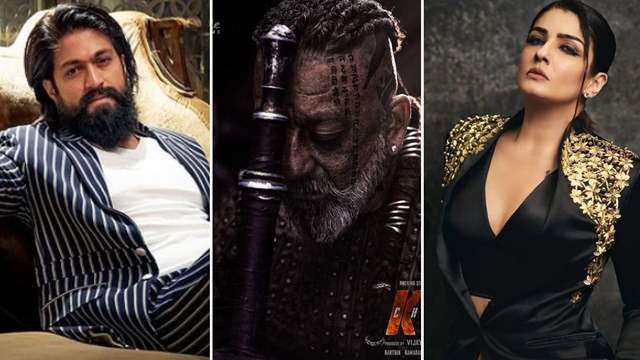 The film KGF 1 was a magnum opus in a way and the success of chapter 1 paved way to the second instalment of the film, KGF 2.

A few days ago, the much awaited trailer of KGF 2 released starring Yash, Raveena Tandon and Sanjay Dutt in the lead roles.

The high octane thriller features Yash in jaw dropping scenes, while Sanjay Dutt will be seen playing an antagonist named Adheera in the film. On the other hand, Raveena Tandon will also feature in a new avatar.

Ahead of the film’s release, KGF star Yash exclusively told us about his experience of working with two Bollywood legends: Sanjay Dutt and Raveena Tandon:-

Both Sanjay Sir and Raveena Ma'am are wonderful to work with. Sanjay Sir sets a great example of what grit and perseverance can get you through. The professionalism and passion that he showed towards his role and this film despite his health condition was very inspiring. Raveena Ma'am has always been and is still a versatile and good actor. She is a lovely, vibrant person full of life and she brought that warmth and energy on set too. Working with both of them was a great experience.

Directed by Prashanth Neel under the banner of Hombale Films, KGF 2 also stars Malavika Avinash, Prakash Raj, and Srinidhi Shetty in key roles. The film will release in five different languages including Kannada, Telugu, Hindi, Tamil, and Malayalam and is scheduled to hit the screens this year.