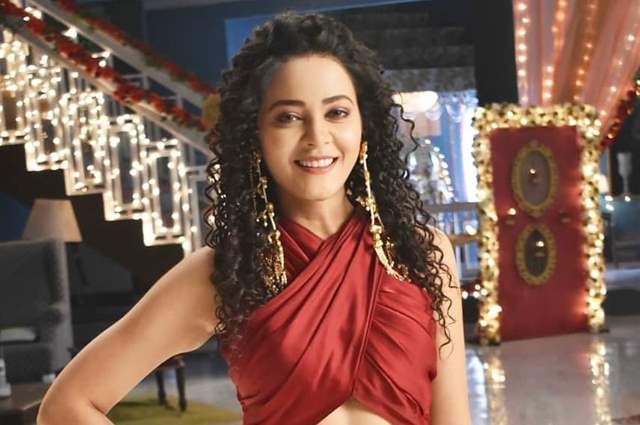 We got in touch with Kaveri Priyam at India Forums and she spoke to us about her routine, working with shaheer Sheikh, similarities with her reel-life self Kuhu and much more...

Speaking about her routine, she said, “I am trying to break that monotony. Initially, I was going through the same routine, doing the same thing everyday, washing utensils, cleaning, now I think I am done with cleaning. Yes, this time I am dedicating to my interests which have been pending since so long. I was so busy, I wasn't able to do that. I’m sketching, painting, singing, reading, watching web series and cooking. I am also meditating and exercising.”

When asked if acting was ever her plan in childhood, she said, “I was a crazy kid because I used to start acting anywhere. When my cousins used to come to my house, there was a big terrace, I instantly used to write a script and call everyone and then start a skit. People used to watch me from their balconies, proper theatre I used to do. Somewhere, acting was a part of me since childhood.”

Talking about working with Shaheer Sheikh, she said, “I really look shaheer with a lot of respect. The way he conducts himself in front of sets and the entire unit of people is commendable. Considering the fact that he is so experienced, he is very down to earth and focused. Even after 10 years, remaining so focused and sincere towards his craft is something not everybody is able to do. Also, the fact that he is very chilled out, he is not worried about his dialogues, I need to learn that from him.

When asked if she is similar to her character Kuhu in real life, she said, “This is a very interesting question. Kuhu is a part of me, it has always been inside me. I think all the actors, whenever we play any characters, they are all extended versions of our own selves. By just stepping into the shoes of the character, we have to just add our own selves there.”

Kaveri was asked to choose between Music and Dancing, she said, “I think both of them go hand by hand, you can’t separate it. At Least from my soul you can’t take it away. Dancing is as much a part of my life as singing, so I think I can’t do without any of them.”

This Independence Day, Dangal TV actors salute our ...
50 minutes ago