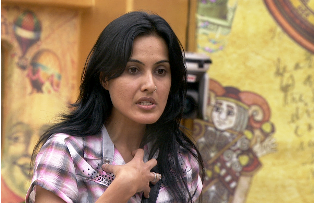 Nine weeks have passed in the Bigg Boss house and the race to be the best is getting intense by each day. Everyone wants to be the numero uno and come out as a winner in every task. But at the same time, this is also creating differences amongst the housemates and leading to nonsensical conflicts. After the commando task came to an end, Bigg Boss called Kamya in the confession room to decide on two names that would fall in the category of the worst and the best respectively with mutual consensus.

The housemates opted to elect through a voting system going around the room and asking for everybody's opinion. Unlike others, Kamya Punjabi demanded to be considered as a contender for the best performer as she believed that she has won the maximum points for the team. However, other housemates including VJ Andy, Gauhar Khan and Tanisha Mukherjee did not agree with her and tried to explain that they have lost on a share because of her secret task. Kamya refused to agree with them and continued propagating about her performance. 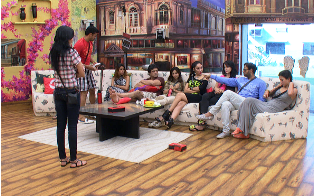 Apart from Kamya there were three other housemates - Gauhar, Tanisha and Sangram Singh who were being considered for the No.1 position. Later Sofia Hayat also joined in and wanted to be considered for the no 1 position. After much discussion, the housemates decided to elect Kamya and Sangram as the best performers while Ajaz Khan and Pratyusha Banerjee were declared to be the worst. But a twist came in when Tanisha realized that including her, Kamya and Gauhar have received equal votes, the choice got tougher.

While on one hand Kamya tried convincing Gauhar to be on her side to win over Tanisha, Armaan Kohli on the other hand tried his luck with Sofia by requesting her to change the vote and give it to Tanisha instead.

After all the arguments and misunderstandings, who will become the best performer and win the race?

7 years ago Love ya,Pratyusha Banerjee! All the best!

7 years ago Pratyusha Banerjee is as sweet as honey. Pratyusha be brave .

7 years ago Pratyusha Banerjee, love you for being yourself, support you always!

7 years ago Pratyusha Banerjee love you heaps, You rock girl.

7 years ago Kamya was simply the showstealer last episode as the General!!
Great going KAMMO! :)

7 years ago Kamya rocks! Hoping she goes far in the game.

7 years ago Pratyusha Banerjee lots of love from us...take care