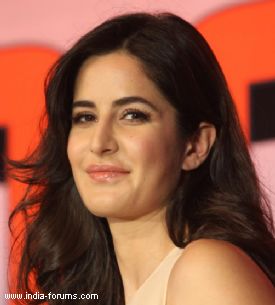 Bollywood actor Katrina Kaif says her "date issues" may keep her away from her debut at the upcoming edition of the Cannes International Film Festival, where she was likely to walk the red carpet as the face of L'Oreal of global beauty brand L'Oreal Paris.

On the sidelines of the L'Oreal Paris Women Achievers awards Thursday, Katrina said that since she is embroiled with three of her films, she might be unable to make it to the prestigious movie extravaganza, which is scheduled to begin May 14.

When asked if she will be sharing the red carpet with Aishwarya Rai Bachchan and Sonam Kapoor at the Cannes gala, Katrina said: "That is still to be seen if we can, but it seems a little unlikely because of 'Bang Bang' being a little delayed."

"There is a little too much of date problems between 'Bang Bang', 'Phantom' and Anurag Basu's film. So it (my Cannes appearance) may not be this year, but next year."

Sonam and Aishwarya have been associated with the beauty brand for a long time and have been making appearances at Cannes since sometime now.

Katrina became the fourth Indian to join the list of L'Oreal Paris's spokespersons after Aishwarya, Sonam and Freida Pinto, only earlier this year.